Not why I wanted to dust off the ol' blog

Many, many times the last two years I've put it on my want-to-do list to post an update on heart and life happenings. And then life kept happening. We continued to see Luke's cardiologist every six months since his last catheterization in 2013, continued to research, seek opinions across the country and then continued living. 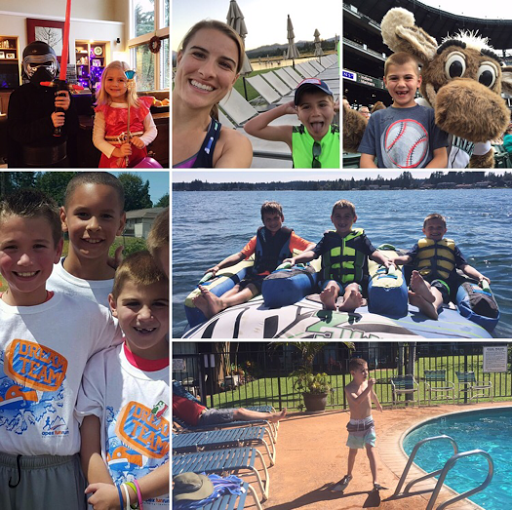 Luke has been the dictionary definition of "stable" in this season of blog silence. Stable heart function, stable oxygen saturations, stable med doses. All that stability, though we never took it for granted, definitely shook our knees and hearts with the news that Luke needs open-heart surgery. The shocker was this is not the surgery we have known he'll need since I was pregnant with him.

I'll back up a little to say our second cardiologist, Dr. Kim, moved to Chicago this past summer. We were again left to decide who would care for Luke's heart. In an honest conversation with Dr. Kim, we decided to leave our beloved Tacoma clinic and move Luke's care officially up to Seattle Children's. With Luke being nine and still pre-Fontan — way out on a limb in other words — we felt right about moving his case up to a bigger center.

We met Dr. Rubio in June of this year and felt within the first minutes of meeting him and his nurse that this would be a good fit for our family. A lot was his personality, attention to detail, attention to Luke, and willingness to listen, but we couldn't ignore the fact that he trained at Children's Hospital of Atlanta, with Dr. McConnell, the same doctor I have personally spoken to three times on the phone as we've weighed the risks of delaying the Fontan. He is a leading proponent in this country to let the patient dictate when the Fontan is necessary, not hospital protocol.

At that first appointment with Dr. Rubio, we had talked about a spring catheterization, as that would have been three years since his last one. In what Roger and I figured was simply a fiscal reason, we requested his cath be bumped up to this fall. Who knew God could work even in matters of insurance? ;)

So, that brings us to October 13, and Dr. Rubio's words: "I really wish Luke hadn't surprised me today." And then, "He needs surgery sooner rather than later." 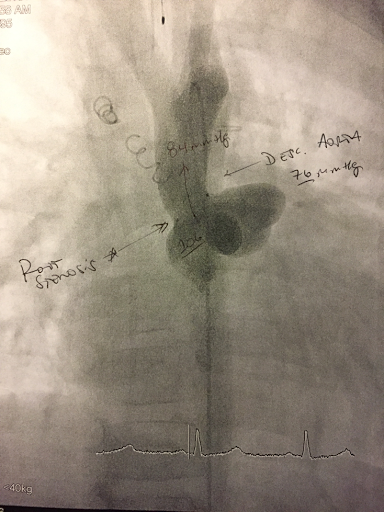 So what is his heart requiring on November 28? The root of his aorta, where, during his second open heart surgery, was connected to his pulmonary aorta, has developed scarring. This scarring down has created a narrowing, or stenosis, and his pressure gradient across the stenosis is 22 points. If a heart healthy person had that pressure gradient, they would be sent home and monitored. Surgery isn't even on the table until that gradient typically hits 50 points or more. But, of course, Luke's heart is far from normal. Even mild stenosis working against a single ventricle can have detrimental effects. It was seen through his catheterization a few weeks ago that the filling pressure of his left (and only) ventricle has jumped from 8 back in 2014 to now 16 mmHg. That means his heart is not relaxing as well as it was and there is some diastolic dysfunction happening.

The deeper you walk into the medical world, the more you learn that medicine does not equal exact science. Could we do the Fontan at the same time as the aorta reconstruction? Yes. Would some doctors argue this is what should be done? Yes. But after much (and I mean much) weighing, wrestling, and discussion between our old and new cardiologist, between us and both cardiologists, and among the 30 doctors who conferenced on his case, it was agreed that Luke does not warrant the Fontan at this time and to keep the two surgeries separate is the way to go. And here is why:
That leads us to today. We are just about two weeks away from Luke's third open-heart surgery. Luke has handled the news in kind of a mind-boggling way. How a boy of nine can absorb the news, process it, ask questions, begin to find some good in it (new iPad! Dad and Mom waiting on you hand and foot!) and continue to live life without a whole lot of anxiety, is just crazy to me. But, I kinda know his response has less to do with Luke and more to do with God. Our God who tells me, "I Am." We are clinging fast to this promise. There's a lot we don't know about this surgery and recovery, but this we know. He Is.
Posted by The Smith's at 4:33 PM