This is Luke's current "Say cheese!" smile and I love it: 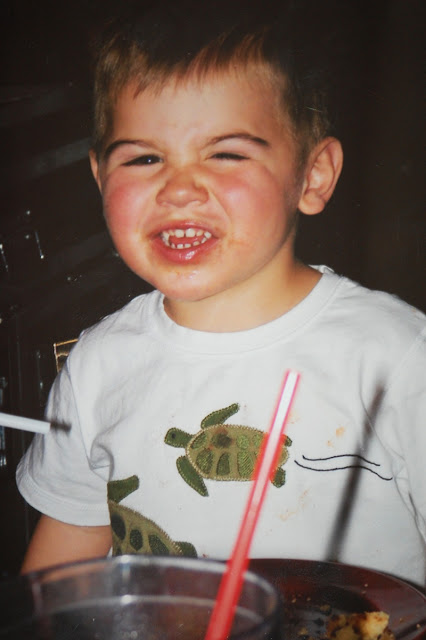 ******
Luke and I visited his potential pre-school this morning. It meets Tuesday and Thursday mornings in a small Lutheran church just up the road from our house (the same Lutheran church where I learned to ride my bike). We were able to watch the parent drop-off process, visit Miss Vera's classroom for 20 minutes or so and then get a tour of the rest of the building. I couldn't believe the happy feeling I got as I pictured Luke with his little backpack, the art projects brought home, the making of new friends.
We still have some work  to do before fall in helping Luke feel more confident when Mom and Dad leave, but I think we can get there. His problem is definitely not shyness. He has surprised me lately with how social he is, how he jumps right in to social settings and how much he seems to genuinely like people. I am so thankful to see this outgoing side of him develop. I was painfully shy through elementary school (I wouldn't even take my coat off the first two weeks of kindergarten!) and am hopeful Luke won't have such a hard time in new situations. Nope, shyness isn't the problem. The problem is simply that he hasn't had enough practice. So, we'll practice in church this spring and summer and we'll get there and I cannot wait to post pictures of Luke on his first day of school, proudly wearing his backpack. I'll withhold the pictures of me, crying like a baby because my baby is growing up.
Posted by The Smith's at 7:21 PM 7 comments

Rog and I have a hot tub in our backyard and we love it. We especially loved it when we first got it and then we loved it in theory for a while. It sat out back pretty lonely for a while as we saw Luke through his entrance into this world and two open heart surgeries.

But now, our hot tub's usefulness has been resurrected since Mr. Luke has turned into Mr. Fish. 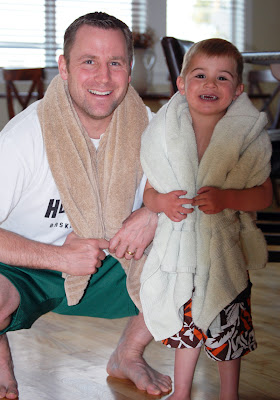 "Okay, Dad, let's gooooo!"
We are working on putting our faces in and even dunking under, which he's done by accident three times and is very proud to tell you about how he "swam under the water and then popped back up!". However, when you ask if he wants to do it again you will get a resounding "No!"

Thank you, hot tub, for forgiving us for abandoning you. We'll see you tonight.
Posted by The Smith's at 8:48 AM 3 comments

Our local news station did a story on the Orono family yesterday. You can see the video and read the story by clicking below: 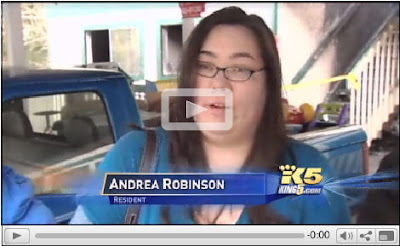 Check out the title of the story: "Family displaced by fire grateful for support".

Grateful? The emotional toll of heart surgery is high. The devastation of a fire is intense. But both? Christopher will be discharged soon and this family doesn't have a home to take him to. It just goes to show you the power of community and generosity, that this family can find gratitude in the midst of their suffering. "It's just amazing how something like this can happen and you see all the good in people who come together to help strangers out," says Orona (Christophers dad).

An account has been set up to accept donations for this family at any KeyBank branch. It's called the "Jerry Orona Donation Account". Whether you can donate or not, please say a prayer that God would comfort and provide for this family just starting on their CHD journey.
Posted by The Smith's at 2:24 PM 2 comments

Two days ago was Good Friday. But it was only good because today is Sunday. As I read the Scripture that depicts Jesus' last night on earth, I realized again how one key word changes everything.

On the night before his death, Jesus knew he was sought after and he could easily have hidden from the soldiers and religious leaders who wanted him out of the picture. But instead he crossed the Kidron Valley, walking directly to the olive garden where he often met with his disciples, Judas included. Judas, all-too-ready with a kiss to betray his Savior. In that olive garden, Jesus could have, with a word, called on His Father to send twelve legions of angels to protect him from mere man. "But how then would the Scriptures be fulfilled that say it must happen in this way?" He could have allowed his disciples to fight for his life. But he didn't. Instead, he scolded Peter for drawing his sword and spoke a sentence that would forever overturn a sinner's guilty sentence. To Peter: "Shall I not drink the cup the Father has given me?" John 18:11. And again in Luke 22:42: "Father, if you are willing, take this cup from me; yet not my will, but yours be done."

It is that tiny word "but" that our family celebrates this Easter. It's just three letters long, but without it, we have no way to be made right with God. Without this word, as Paul says, our faith is in vain.

In this word, we see Jesus' absolute obedience to God. Putting flesh aside, putting human thoughts and emotions aside, he chose time and time and time again to obey God.

And how thankful I am today that He did. For a moment there was sorrow, but today there is joy neverending.

As we were putting Luke in the car seat this morning on our way to sunrise service, I said to Luke something like, "It's Easter, buddy!" He looked at us and said, "Is Jesus alive now?"

We'll get to working on his doctrine. 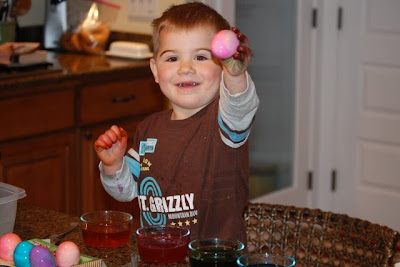 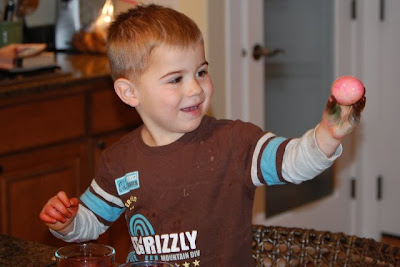 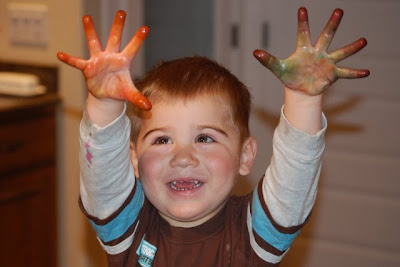 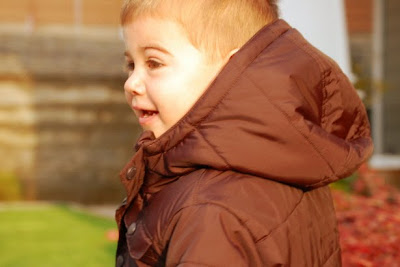 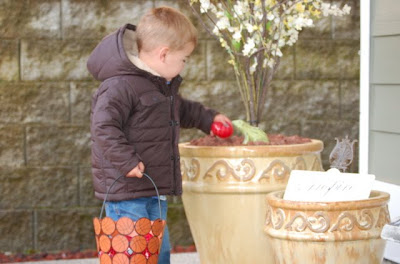 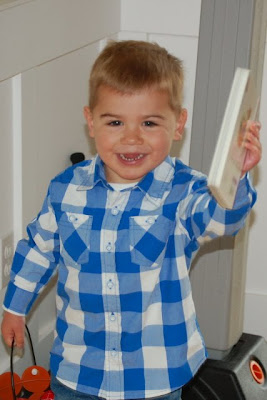 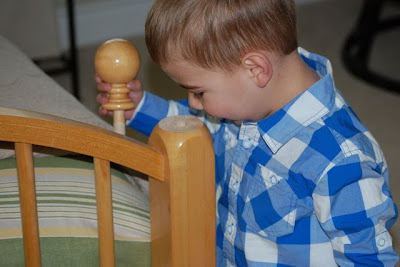